END_OF_DOCUMENT_TOKEN_TO_BE_REPLACED

How any sports rightsholder can benefit from gaming and esports

END_OF_DOCUMENT_TOKEN_TO_BE_REPLACED

Why do people reach for their mobile phones first thing in the morning?

Nir Eyal, a best-selling author and specialist in behavioural design, addresses this phenomenon in his book, “Hooked: How to Build Habit-Forming Products.” He cites a study claiming that nearly 80 per cent of smartphone owners grab their devices and scroll through updates within 15 minutes of waking up.

Why is that? How has the technology, phones and mobile apps become such an integral part of our lives? So much so that we may not even realise that engaging with these products has become a habit.

This can be attributed to the creation of habit-forming technologies, as Eyal refers to them.

“Today, amassing millions of users is no longer good enough,” he explains in his book. “Companies increasingly find that their economic value is a function of the strength of the habits they create. In order to win the loyalty of their users and create a product that’s regularly used, companies must learn not only what compels users to click, but also what makes them tick.”

To capitalise on what makes users “tick” and create habits, Eyal developed the “Hook Model,” a method of creating habit-forming products, which he details in his book.

Eyal’s theory is translatable to various industries, including sports. We’ll get into how later on, first we need to understand Eyal’s theory.

Eyal’s “Hook” is constructed of four steps, each leading to the next: trigger, action, reward and investment. By guiding users through the hook several times, you help them create a habit of returning to your product of their own accord, many times without realising it, argues Eyal.

Translating “The Hook” to sports

While Eyal’s book focuses on the success stories of tech giants such as Facebook, Instagram and Google, his theory can and should extend beyond Silicon Valley. It should be embraced by the sports world as a means to fan engagement.

Trigger, action, reward, investment: how can this translate to tangible results in sports?

Let’s start by replacing the word ‘user’ with the specific user sports entities are looking to target - fans.

Fans, being users and consumers across other channels as well, exhibit similar types of behaviour as those mentioned in Eyal’s book. They’re emotionally invested in sports and many have already created habits when it comes to their favourite teams: they watch games religiously, check scores, follow their favourite players and so forth. Consequently, there are internal triggers that can be played upon, the fear of missing out on games (watching highlights and checking scores), the desire to know what is going on with teams at all times (following teams on social media for latest news and behind the scenes) and the need to feel part of a community (fan pages and forums) are just a few examples.

The internal triggers already exist and external triggers are at a push of a button, literally. Now sports entities have to guide fans through the “Hook” with their own habit-forming offerings.

The European Handball Federation’s (EHF) Men’s EHF EURO 2020 is a great example of how Eyal’s “Hook” was successfully executed in the sports realm.

In a bid to increase reach and engagement, EHF partnered with Infront and Minute.ly, to implement the latter’s technology and amplify video content from the Men’s EHF EURO 2020.

Minute.ly's AI technology automatically identifies the most captivating moments of a video and compiles them into short previews, which are used to capture viewer attention and navigate users towards video content.

By implementing technology that steered fans through the Hook, the EHF saw an increase in engagement across the board.

We already touched upon the various types of internal triggers to be played upon with sports fans.

As for external triggers, Minute.ly’s APVs act as triggers for fans. Once a fan searched for EHF on Google they were automatically exposed to the GIFs rather than a static thumbnail. Are you more likely to click on an image of celebrations or a video showing some of the action along with the ensuing reaction and celebration? The short teaser is more successful in drawing attention and sparking curiosity as to what happened. Minute.ly generated 121 Google posts which were viewed more than 124'000 times.

The same goes for fans who log on to the tournament’s website; the clickable APVs are more likely to catch their attention, while also allowing the EHF to promote their apps via the top videos.

This is the easiest part. All of Minute.ly’s videos are clickable, transferring the fans to their reward at the simple click of a button.

Remember those 121 posts? They led to a 400 per cent CTR increase, while CTR on video articles increased to ten per cent and CTR on ads rose to 4.2 per cent (previously 1.27 per cent).

What did fans receive in return for taking action?

The dynamic thumbnails on Google Search drove fans to the tournament’s YouTube page to watch full highlights of the “Top Five Fastest Shots,” “Top Five Assists of The Day” and countless other videos on any given day of the tournament. Videos titled ‘Highlights’ on YouTube reached 1.8 million video views with more than 33'000  interactions, while ‘Top 5 Plays’ reached half a million views with nearly 10'000 interactions.

On the website, some of the videos led to YouTube highlights while others, such as “The secret to Iceland’s most successful EURO start in 18 years” led to articles related to the specific topic with full highlights included.

By clicking on the GIF the fan knows he or she will be transferred to highlights or an article, but the content is ever-changing, ensuring the fan’s variable reward.

There are several ways in which fans are able to invest as part of the “Hook Model.” Whether fans subscribe to the YouTube page or download the app, the EHF is able to gain insight into fans who have viewed their content and use this data to target them with either push notifications leading back to the app or with video suggestions on the fans’ YouTube homepage and therefore once again guide them through the “Hook.”

EHF’s YouTube subscriptions increased by over 10'000, adding 4'000 more subscribers than they did during the previous tournament in 2018. The Men’s EHF EURO 2020 mobile app was downloaded more than 125'000 times, had more than a million sessions and 14'000 registered users.

“On a digital level, EHF EURO 2020 was by far the most successful European Championship to date. In a nutshell, we have never engaged so many fans through our owned and operated channels – and beyond those,” says Thomas Schoeneich, EHF Head of Media and Communications.

“However, there is little time to rest on our laurels. We are vying for the fans’ attention and their time – something very, very precious. We want our digital offerings to be special and, in the best sense, rewarding. At EHF EURO 2020, and through the partnership with minute.ly, we very much achieved this.”

The “Hook Model” is all around us. It can be successful for any entity, ranging from Silicon Valley to top tier sports organisations. By finding the right technological partners, sports and entertainment entities can create habit-forming offerings and amplify their digital assets. 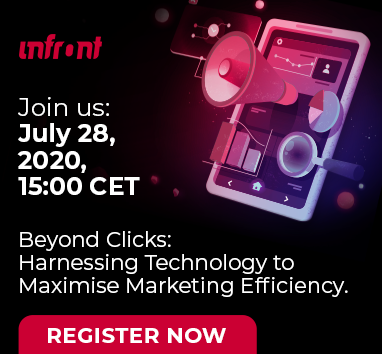